the abattoir - my ghost story

Once upon a time I decided it would be a good idea to do a small photo essay on an abandoned pig abattoir in rural Japan. This happened right around new year's, 2009-2010. The abattoir is just up the road from Mari's parents' place, up the valley where the last paved road turns to gravel. The setting, I have to say, is perfect for a ghost story. 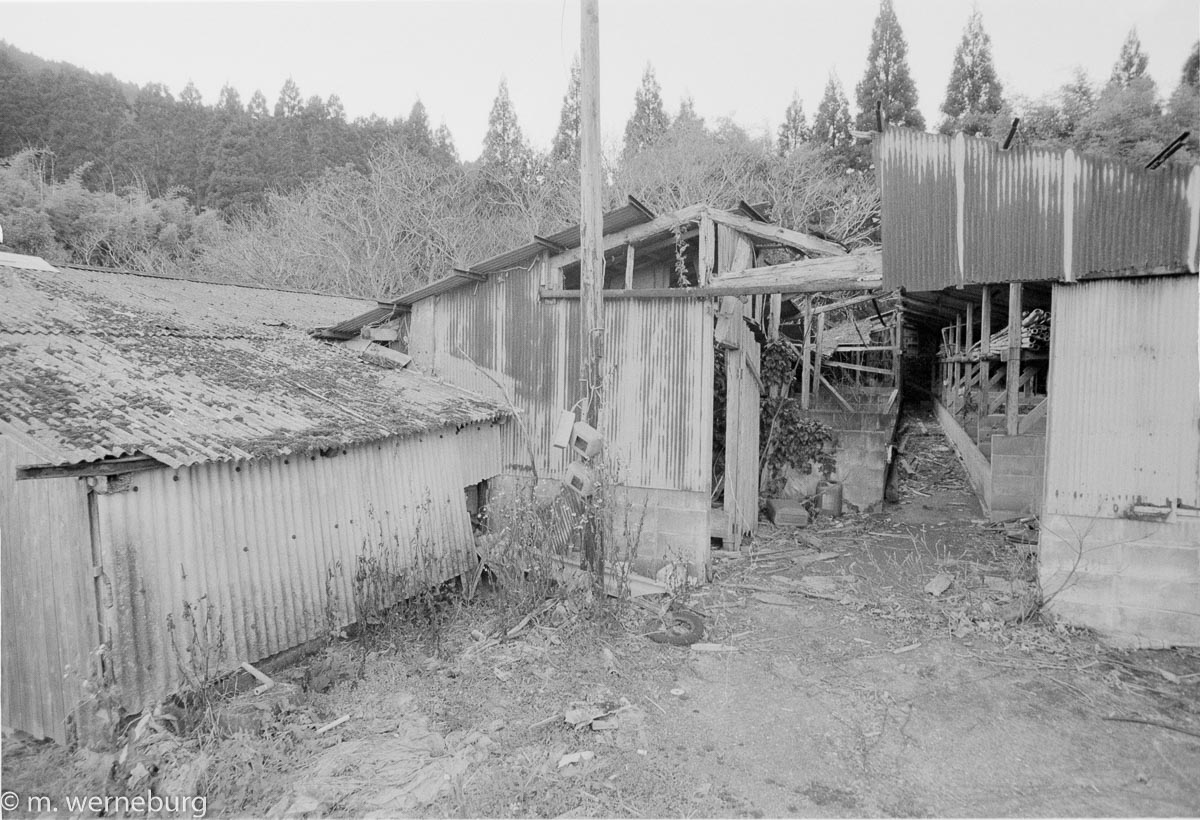 I had my camera and a tripod, and had made the trip despite my wife's warning that in Japan it was considered bad luck to visit an abattoir. This was due to the concerns over ghosts. I'd chuckled at the thought of ghost pigs, ignored her advice and went out on my own. So you could say I had it coming.

I was puttering about, taking photos when an unexplained noise came from just past the dilapidated fiberglass wall. All at once, there came the sound of footsteps. Left, right, left, right, someone was clearly approaching. It even sounded like they brushed aside some of the brambles at one point. I adopted a neutral smile and remained positioned behind my camera expecting to greet someone with a "Konbanwa".

But just when I expected the person to come into view .. nothing. 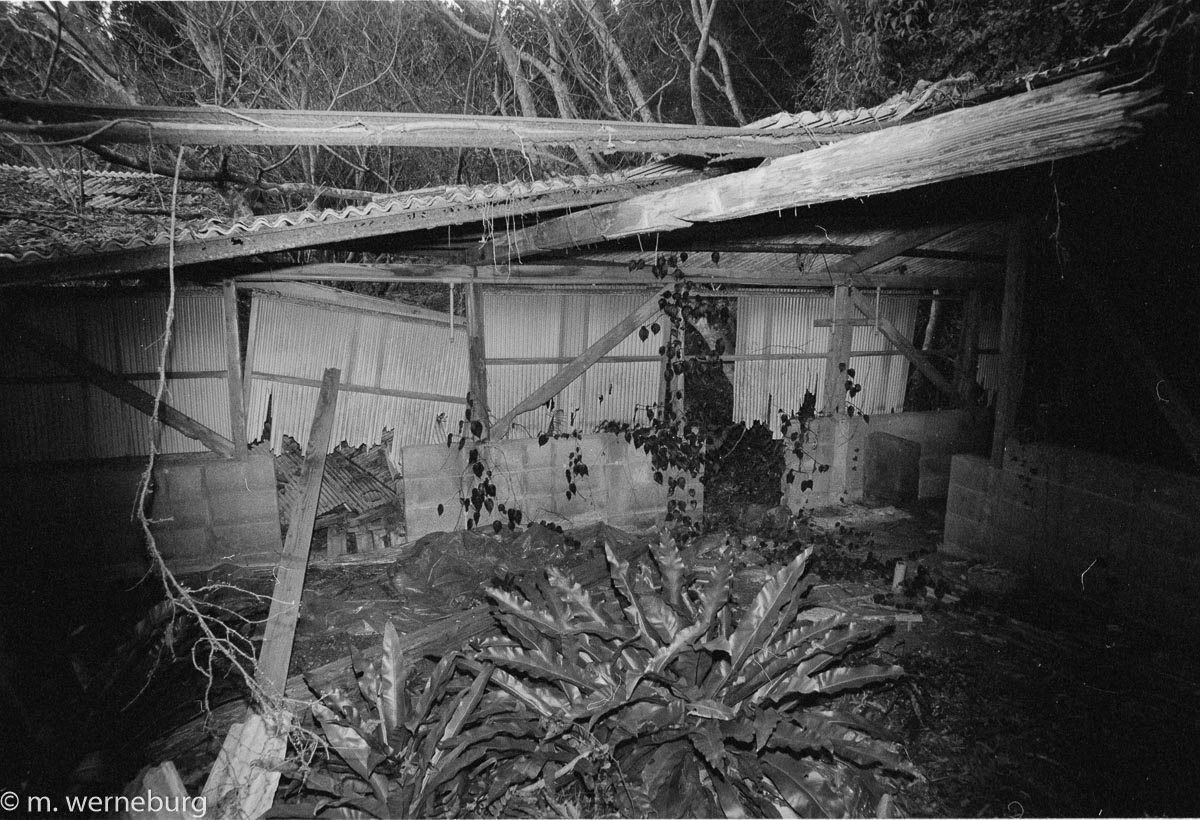 the photo I was taking as the footsteps started

Now don't get me wrong. This wasn't "hey that kinda sounds like footsteps if you use your imagination", this was such an everyday sound that it couldn't be mistaken for anything else. There were even the small sounds of things crunching underfoot. Fallen tiles, perhaps, or some other debris.

Now before I go any further, I'd like to explain a bit about myself. I'm not terribly credulous: in fact, I hold an internal audit designation and have worked in various forms of risk for a decade. I am also irreligious. As you can see, I am unimaginative enough to shoot in black and white film in a low contrast setting. I once broke out in a fit of gleeful texting to my equally disbelieving brother when I tagged along with my then girlfriend to a seance that turned out – surprise, surprise – to be patently phony. I have never seen a fairy or UFO, or been given direction by God, or developed stigmata.

But I had to admit, this turn of events caused a chill to run down my spine. Naturally, I went to find the person and unrattle my nerves. I left my camera gear where it was and headed for the hole in the dilapidated wall to have a look through and see what could be happening. 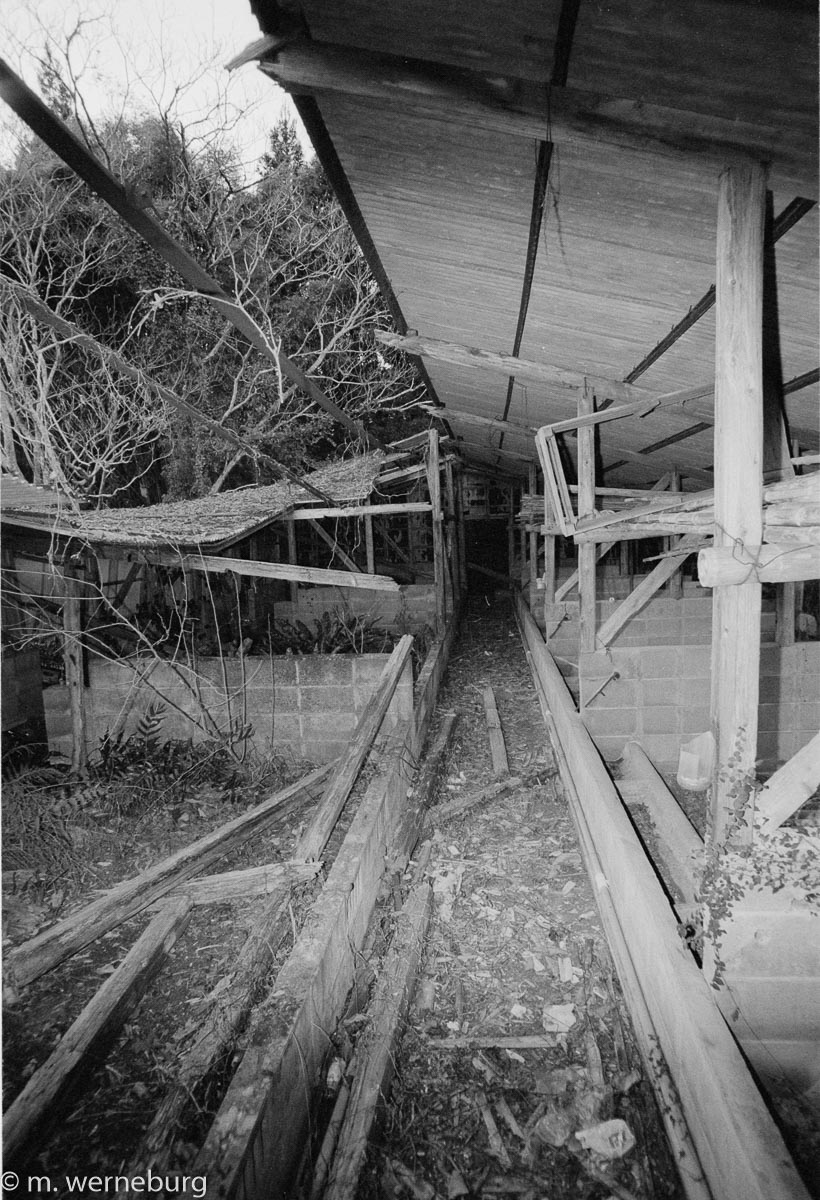 Only, when I rounded the wall to see what had become of the person there, I found .. nothing. Just an overgrown, debris-strewn wreck. No people, no large animals, and nothing else that could explain the sounds I'd heard. In fact, it was so overgrown with wrist-thick sapling trees that I could barely see how anyone could have walked through that space.

Again, to be clear, this wasn't the mis-heard sound of say, something blowing on the breeze or the scurrying of a rat. There was no hint of a breeze, and the place where the sound had originated seemed to have been outside the building, so there were no implements hanging about on the wall. Whatever had made the steadily approaching sounds had vanished into thin air. I have to stress: the sounds were as clear as they could be. Footsteps. On a debris-covered floor. Getting closer.

pig pen in an abandoned abattoir

I went back to Mari and the family and she was not amused when I shared my story.

I decided to write this story in early August, 2018, because I've just been back to the neighborhood and saw that the old buildings still stand. I'd suggested to my wife that we extend our walk with our son and his ten year old cousin, but she was strangely reluctant. 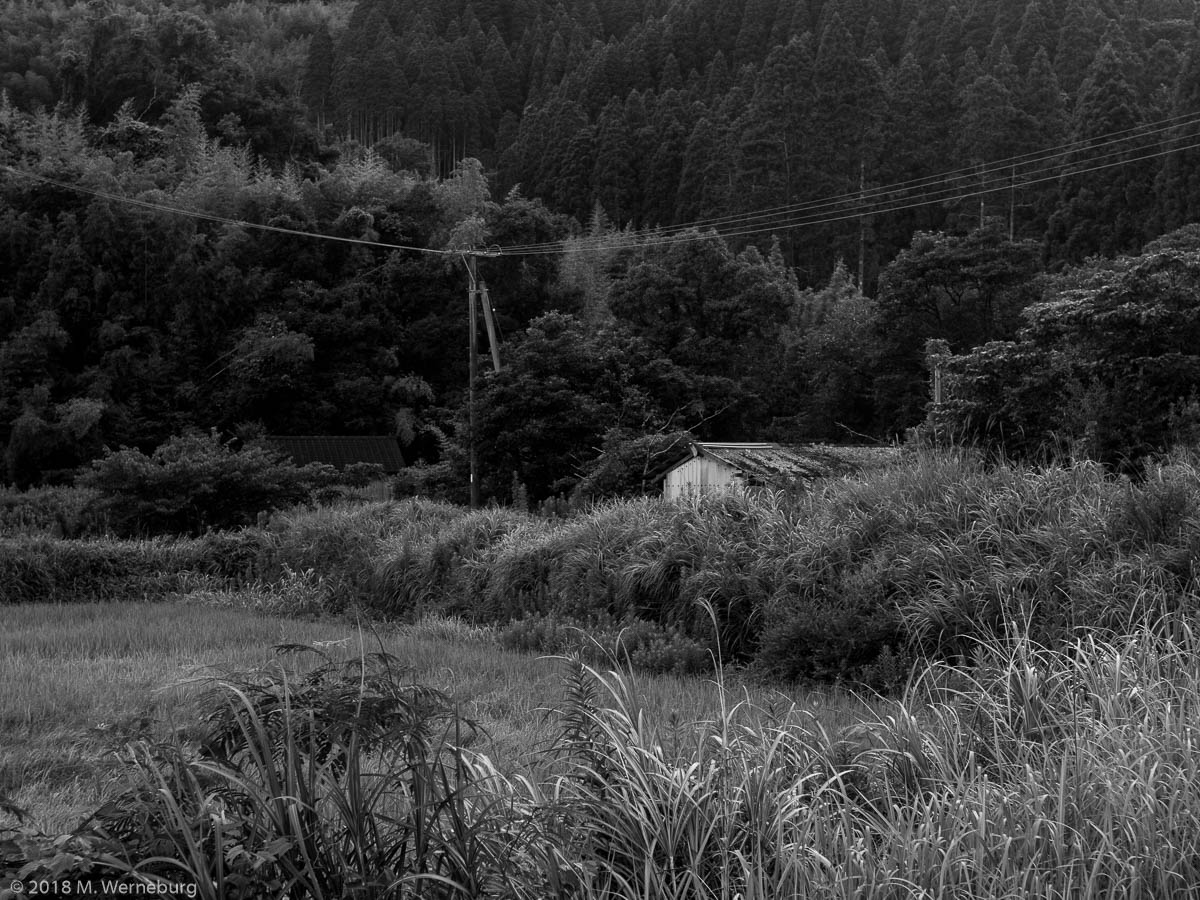 If I get back there, maybe I'll bring a Ouija board.