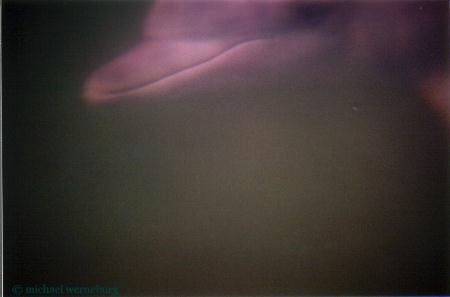 We went to a small town called Mandurah, some 60km south of Perth, on an estuary. The estuary is a largish inland waterway where three rivers meet before entering the sea. The estuary is the permanent home to a large (100+) colony of dolphins. We met the folks from Dolphin Encounters Mandurah, and paid about $AUD 110 a piece to go out.

We were cautioned that we might not see any dolphins, and that we were being taking to the locations where they were most often found. But there was no need for caution. There must have been about twenty dolphins in the water at the first point the skipper brought us. Sara and I quickly suited up in wetsuits (we were planning on being in the water for half an hour, and even warm Aussie water that was going to chill us.

We spent the next hour and a half on and off the boat, swimming with countless adult female dolphins and their young. The adult males, apparently lived off at the other end of the estuary, or out in the open ocean. In any event, it was stunning. We were encouraged to make lots of noise (I was in my element! and to sign to the dolphins, as the noise would attract them. The guides also suggested that we swim either in a tight circle or a long line (at high speed).

This worked wonders. We quickly had the dolphins coming for a closer look. It was impossible to keep up with the dolphins, but it was a lot of fun trying. We were exhausted when it was over, of course. It was really something. I encourage everyone that can possibly get out there to try it.

Charlie remained on board and took about a thousand really superb shots of the dolphins chasing us around in the water, chasing the boat as it zipped along the estuary, and chased one another when nothing else was available. 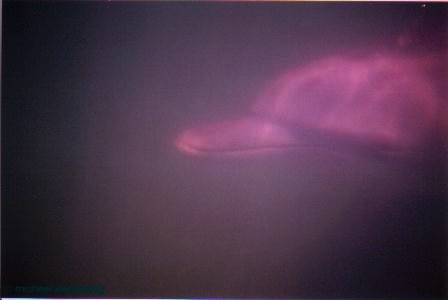 The whole problem with the world is that fools and fanatics are always so certain of themselves, but wiser people so full of doubts.