I've invented a guide to the sea creatures of "Animal Crossing - New Horizons" that does two things: guide you to the best time of year and day to pursue a given species, and to assist you in making quick decisions on the relative value of species if you're diving to generate funds.

My kids and I have been playing since Christmas of 2020. It's been a fun family activity during the waves of lockdowns. In the game you have a character that runs around an island doing things like collecting resources, fishing, diving for sea creatures, .. and decorating things. It's a bit of an odd mix, but it works. I decided to make a thing of collecting all of the sea creatures and catch one of all of the fish species available.

By the time I'd caught several hundred of the same few species of freshwater and saltwater fish, I began to realize that the game was limiting the availability of fish species by the time of day and time of year. I appreciated this attention to detail, that's definitely a factor in real fishing. And because the game works with seasonal weather that reflects the in-real-life time, it's also in keeping with the whole vibe of the game. I applaud!

But I also obviously wasn't going to spend a year at this game waiting for new species to become available, especially because some of them are only around when I'm working. So I became a time-traveler, setting the time on The Boy's switch so that I could go off in pursuit of my collection.

This worked reasonably well but I realized that I needed a guide to help me pin-point not just the times when the different species are available, but also when they're more likely to be caught. The last species I had to catch was the Giant Isopod, a ghastly crustacean. Using my spreadsheet, I worked out that mid-day in October eliminated quite a few other species that were present in the other months that my target species was available, especially in the Isopod's night-time slot. I'd been spending my time diving in July or August at night, thinking that there were plenty of rich pickings at that time, so why not. My mistake was that in doing so I was so greatly reducing the possibility of catching the Isopod. On my first dive mid-day in October I acquired my target.

The spreadsheet also works if you do simply want to maximize the likelihood of high-paying species. Those July/August nights are a great time for diving because you can pull out 1-3 Gigas Giant Clams in a session, and any number of other high-paying species as well. In no time you'll be paying down that exploitative Tom Nook. $758,000 for a single-room extension!

P.S. The Giant Isopod closely resembles a real species I've encountered as a parasite in fish in the Philippine Sea. 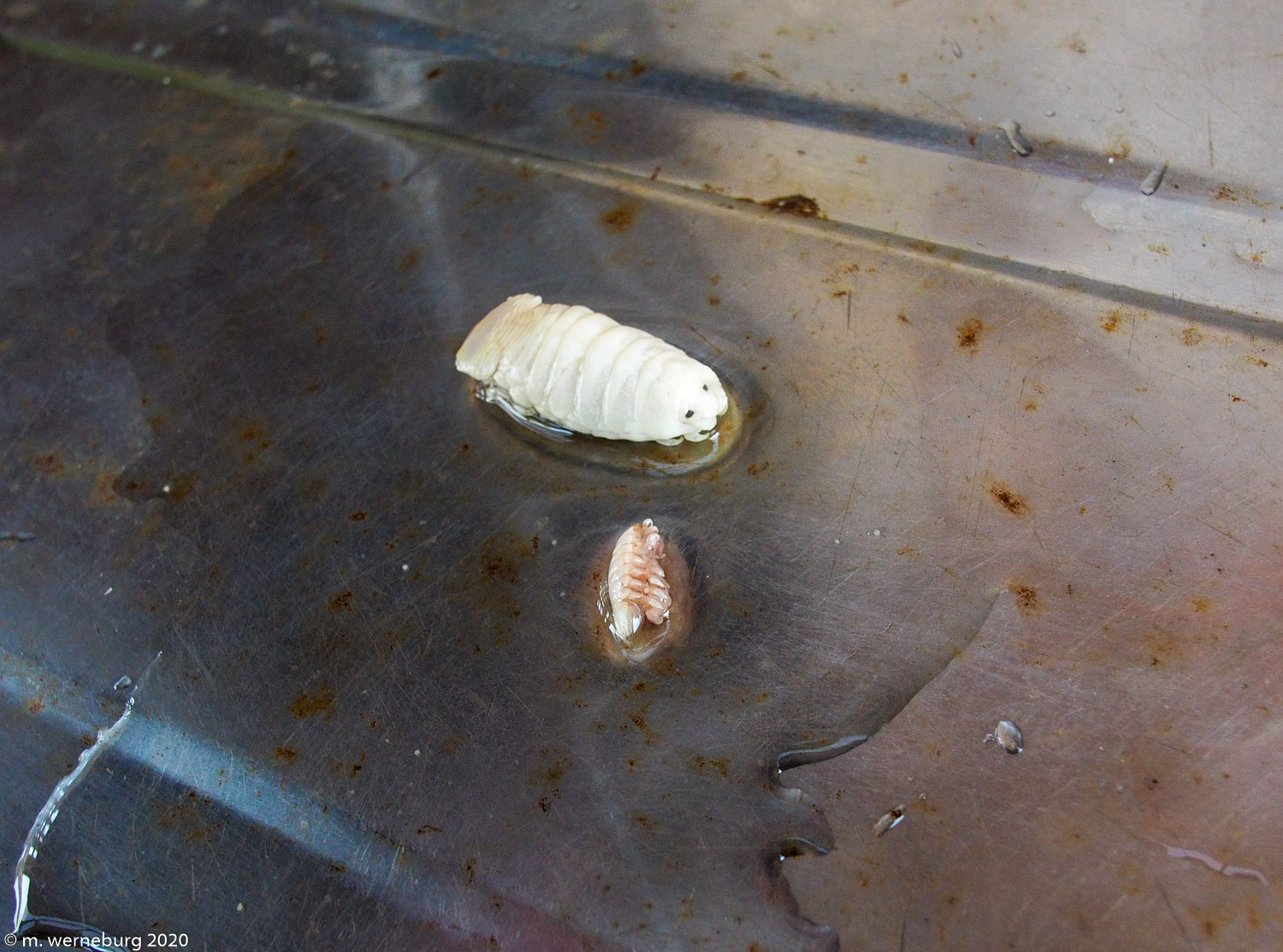 A male/female pair of parasitic isopods. The girl is the big one.

[Time to study?] I chase three little ones around my place. I only have time to read medicine labels.