In the year of the pandemic we moved from Toronto to Tokyo. I went first in March as I had a new job to start. But because of the pandemic, I couldn't return in the spring to help poor Mari with the moving. My PC didn't get packed because the system case was too big for the boxes and I wasn't there to disassemble the whole thing. By mid-summer we were together again and looking for a place - I was already counting on finding a new PC at some point because I'd bought our daughter a camera and together we'd have lots of four-thirds frames to manage.

When we'd found a new apartment we went to a "recycle shop" that Mari had found online. These are places where you can get used stuff. While used stuff in Japan is generally in far better shape than you'd find it in Canada, the stores are almost uniformly dismal places with baleful lighting, indifferent staff, and just-OK stuff out on the floor. Having just moved back to Tokyo, we were looking for a fridge and a washer-dryer. At this store, we found helpful people who seemed to enjoy their jobs. And good stuff everywhere, including jewelry, furnishings, and electronics that all appeared to be in good shape. These people seemed to have a good eye for used stuff. They had surf boards in the rafters that made it feel fun and not like just another dispirited recycle shop.

They had a washer-dryer that Mari liked, and they had a fridge that she'd already seen at another location. So we wound up spending so much that they gave us a 10% credit. Our daughter got a jaunty hat with cat's ears woven into the orange mesh fabric. Mari chose a bathroom scale. I found a nice wooden serving board.

But I also spotted a Vostro 430, an old ex-corporate Dell PC for a price of all of ¥15,000 (about $200). That's about the price of the Windows 10 license for a new PC. But with this purchase I wouldn't need to buy a Windows license - like most old corporate boxes, this had a Windows 7 license key sticker on it that you can register with Microsoft to upgrade to the current Windows for free. I asked if I could look inside the system case, and they handed me a screwdriver. Inside I found the predictable contents: 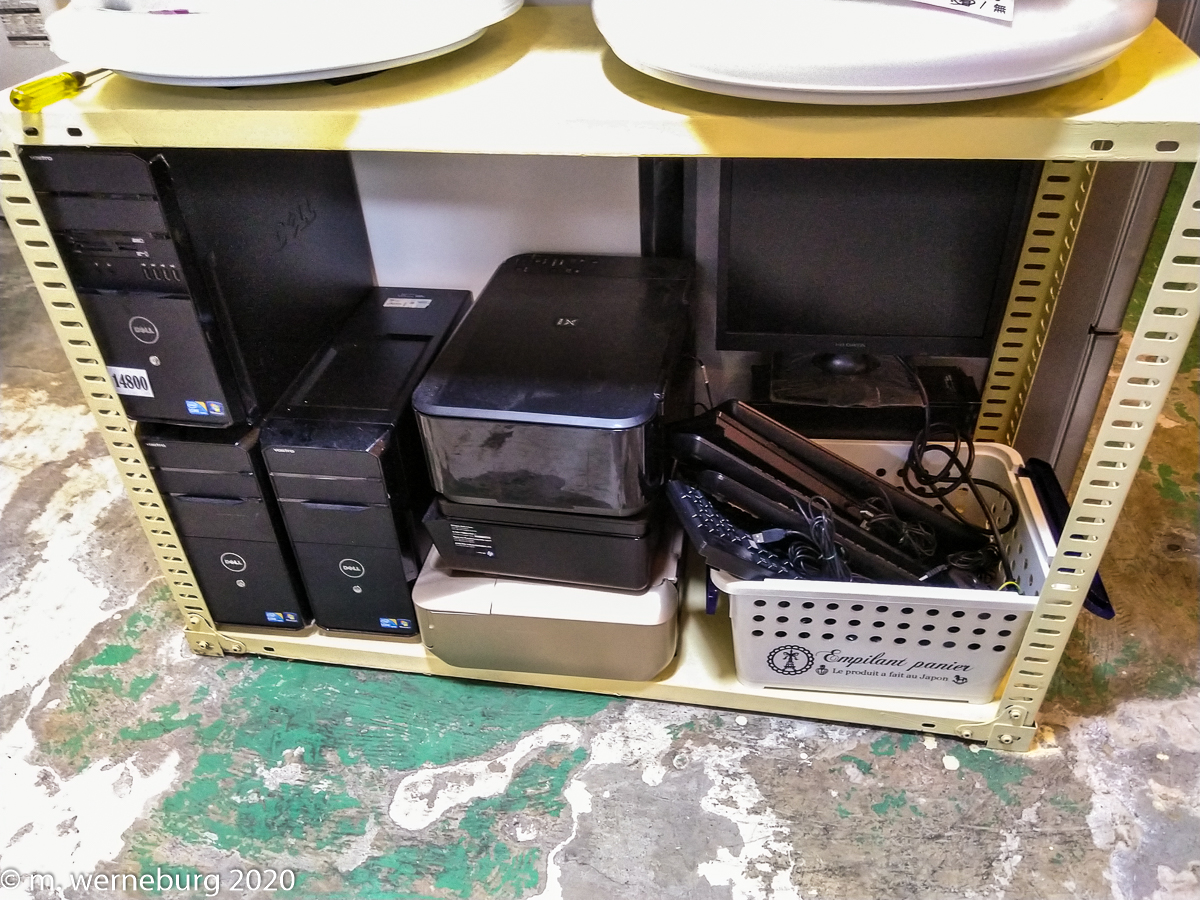 What have we here?

The computer likely dated to 2009. The crummy video card had the kinds of ports on it that I'd need to connect to the old monitor we'd brought from Canada - another Dell, this time from 2007. Given the cost, I could make this work for my purposes - photo editing, backing up files, and light home use.

I got it home and connected it to an old keyboard, mouse, and the monitor. Everything worked, but it was damn loud.

Noise is not merely an irritant. It's a sign that the system is stressed -- too hot from poor ventilation or high (and likely unnecessary) power draw.

The first things to go where the dying fans that collectively put out an intolerable amount of noise. I replaced both the absurdly loud case fan and the CPU fan. 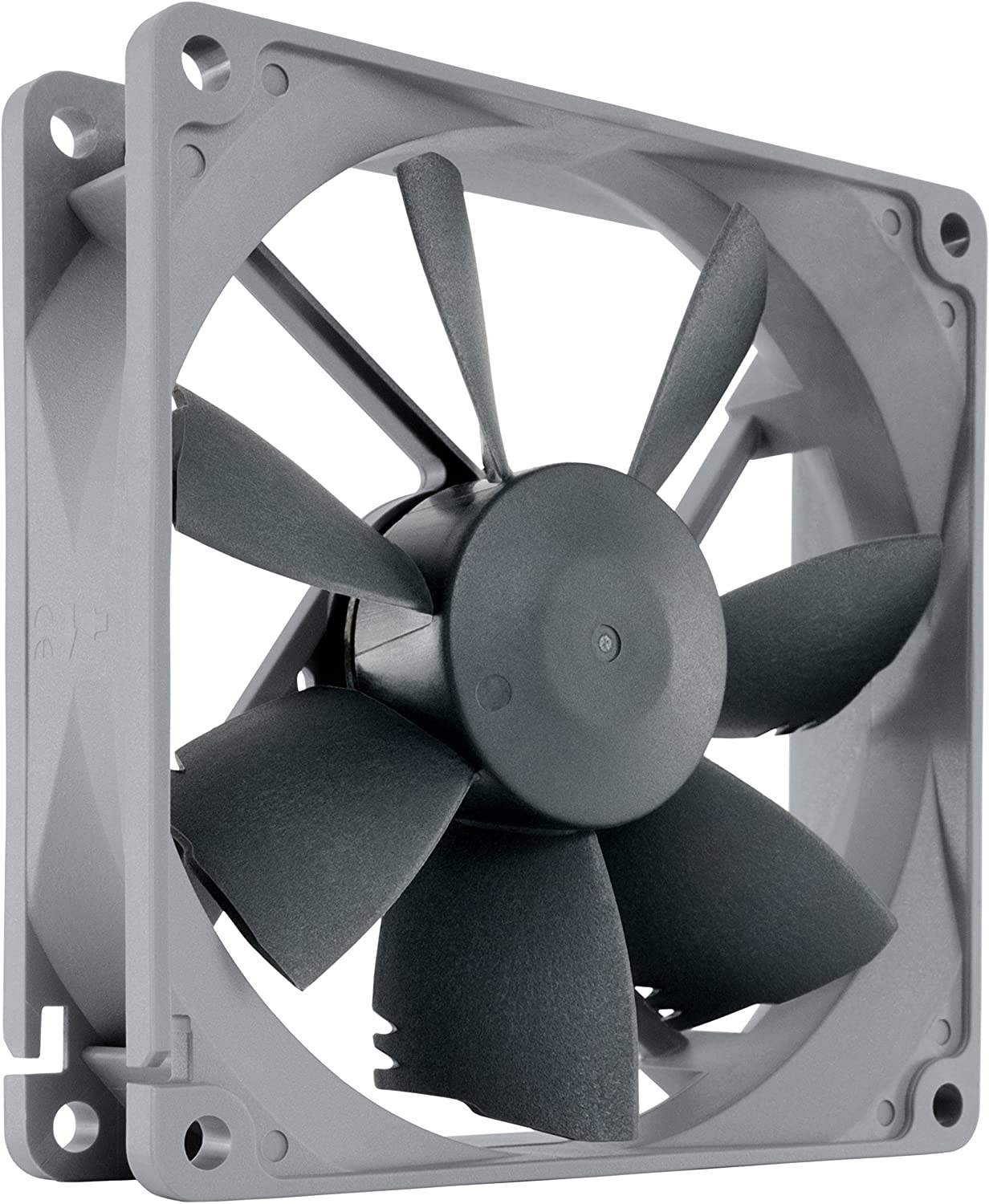 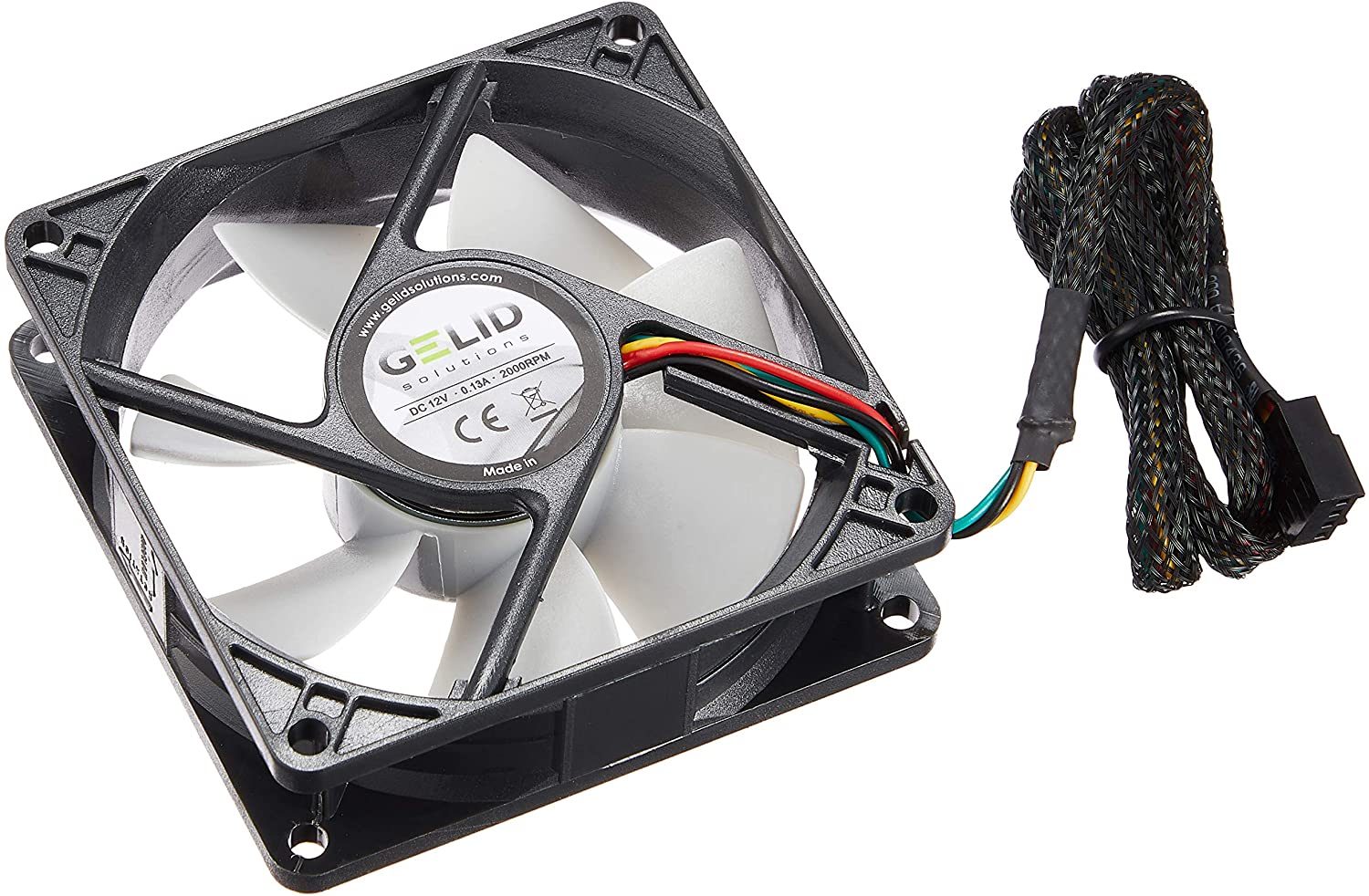 Because I had a spare system fan from my son's PC build, and because it was 12cm and wouldn't fit the Dell's old 92mm fan spot, I replaced the 92mm fan and installed the larger one the front of the case where useless peripherals like the CD drive had been. The 12cm fan is larger/stronger than the 92mm at the back of the case. Hopefully this won't overcome the outflow of the fan on the new power supply and the rear case fan. You want more output flow than input flow to prevent dust buildup, but in this case I just needed a lot more airflow. The dying fan on the video card meant that things were hot in at least one corner of the case.

Note that I recommend brand name sources for fans. They work better, are quieter, and last longer. Noctua's fans are excellent.

Adding a second case fan meant I needed a splitter for the power for the fans. 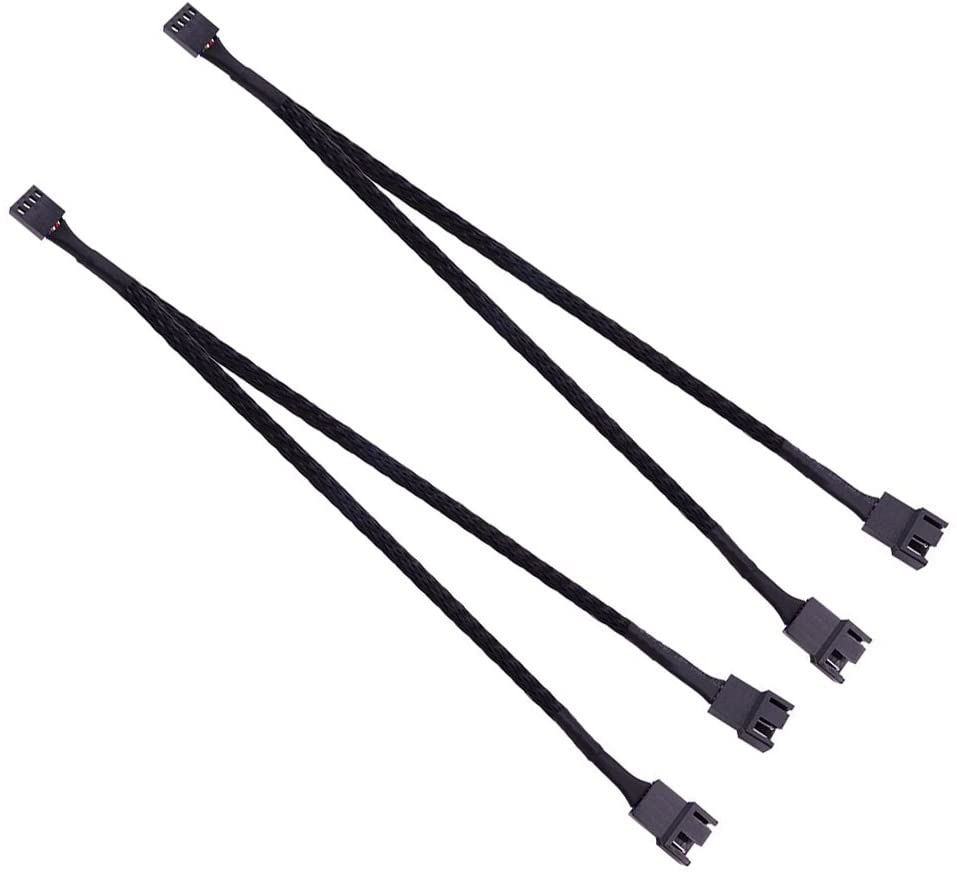 Replacing the power supply is the only (modestly) expensive part of this and is technically optional but I'd strongly recommend this course for anyone doing a similar rebuild. Old power supplies are semi-jokingly referred to as "IED" (improved explosive devices) in the nerd circles that discuss such rebuilds. Because they tend to cause fires. While a Dell box from back in that company's hey-day wouldn't necessarily have such an IED, the old power units were inefficient to start with and by now I'm certain it would have degraded - the sound of the fan told me all I needed to know. Also, old power units had a strange design limitation: they were open only to the exterior of the case, which meant that they not only didn't ventilate well but they also didn't assist with drawing hot air out of the interior of the PC. Modern units open into the inside of the case as well as the outside and sometimes second fan for drawing out hot air from the PC. I bought one of these for about ¥4000 that had the exact technical and physical dimensions I needed - in the PC world there are parts for everything! 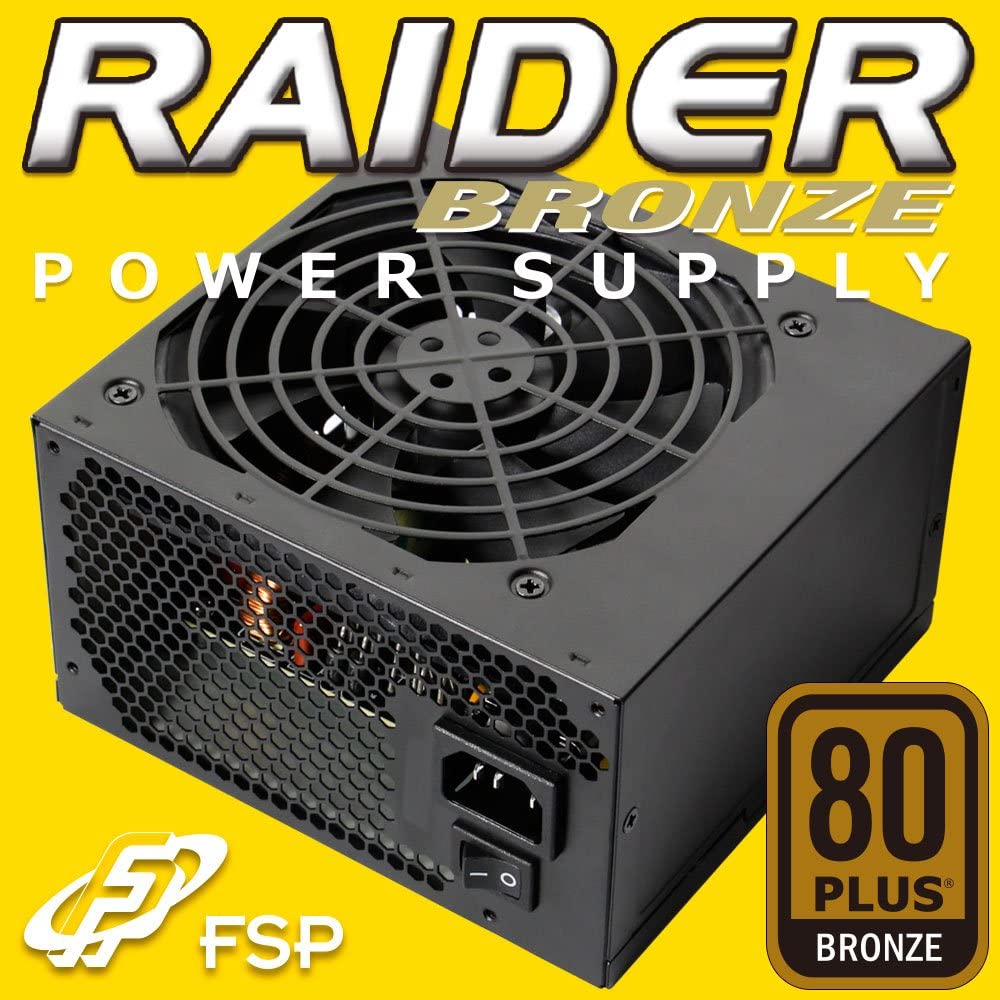 a new power supply with a quiet fan

I cannot over-stress how important this is - you must match both the total wattage and match the kind(s) of power connectors of the existing power supply. And you have to be sure it matches the dimensions. These aftermarket power supplies come in all sizes but the wrong size just won't work, period.

The CPU and case fans were inexpensive replacements averaging around ¥1250. Modern fans are much lighter than the old ones, and nearly silent. They also do a better job of ventilation and use much less power. To the point that I replaced the system fan with both an intake fan (left over from Ken's PC build) at the front of the case and an output fan at the back. The old steel case is so much better ventilated now that the fans run at a low speed and the whole thing is quite quiet.

The system was slow as molasses by today's standards of course.

I demoted the 1TB hard drive to a data drive and installed a brand named (but inexpensive) solid-state drive as the main boot drive. This would add much-needed speed to booting and running applications. I've had two or three SSD drives die over the past decade so my advice is to back up your boot drive regularly and leave the data on spinning disks. This will put a brake on your photo editing software but if you're doing bulk exports you can always write to the SSD for a bit of pep - as long as you then move the files to the spinning disk. The current generation of solid state drives need M.32 slots. Adapters exist to the older PCIe format, but at that point you're shoehorning a very fast drive into a slow PC and you likely won't realize all the gains you might expect. So I chose an older-generation non-M.32 SSD that would fit the system's existing SATA ribbon. 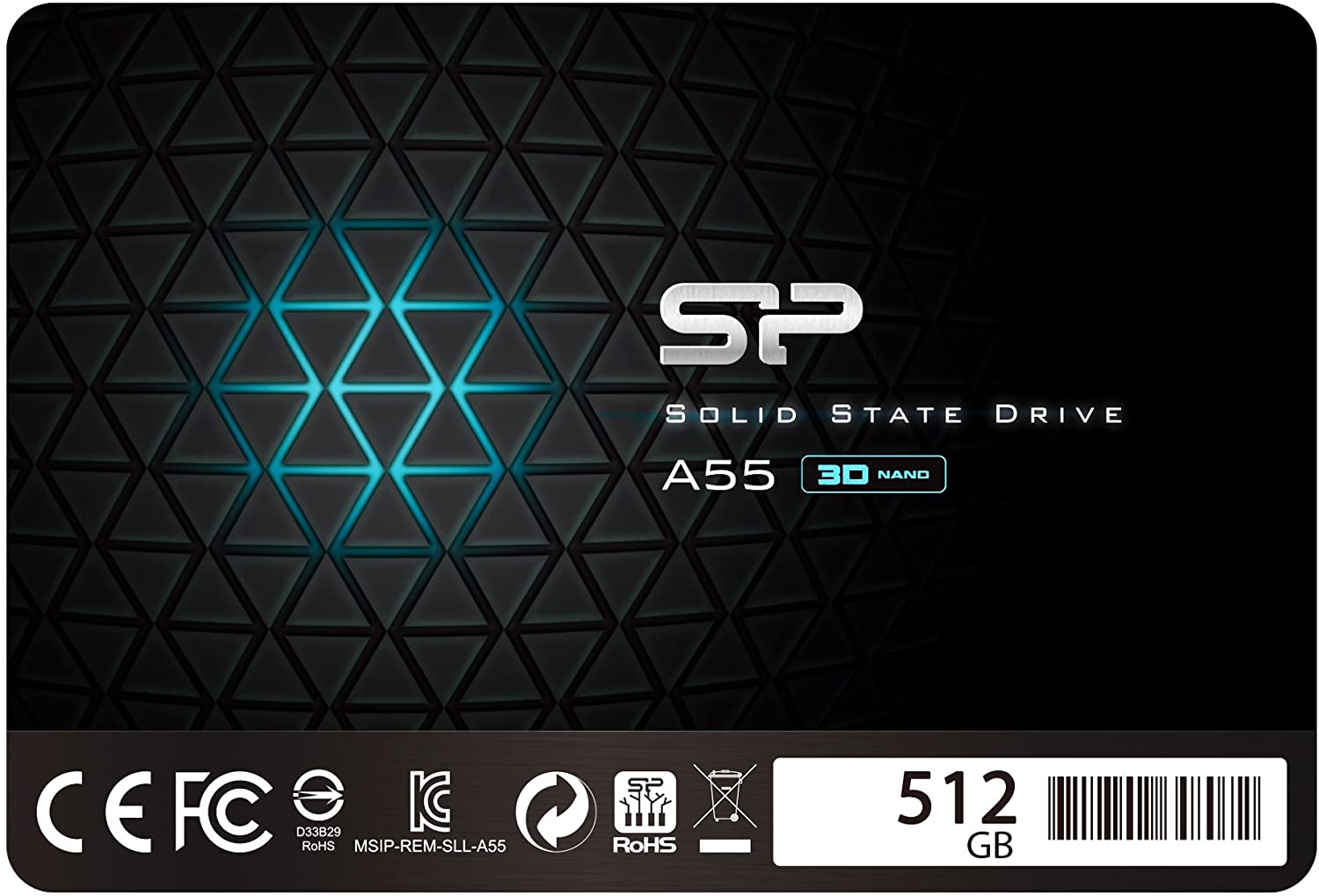 This is product photography? OK, Amazon...

I also stripped out the old CD (or possibly DVD) drive as dead-weight. This again allowed better airflow and was redundant to the external Blue Ray Data drive that I'd picked up in the spring (for another ¥2000). That drive allows me to write 25GB disks that will last at least 25 years, unlike CD's and DVD's which are generally useless after about five years. The difference in the technology is that the latter use ink while the former burn a physical difference into the disk.

The last change I made was a gorgeous little USB 3 adapter. I had no idea that the baby PCIE slot tucked under the video card would be of any use but when I spotted this amazing gizmo I realized that my days of two-hour BR-D writes and interminable SD card reads were over. For a bit under ¥2000 I could now attach the external RAID-1 drive bay we'd brought from Canada, and I could attach my disk burner or SD card reader as needed. 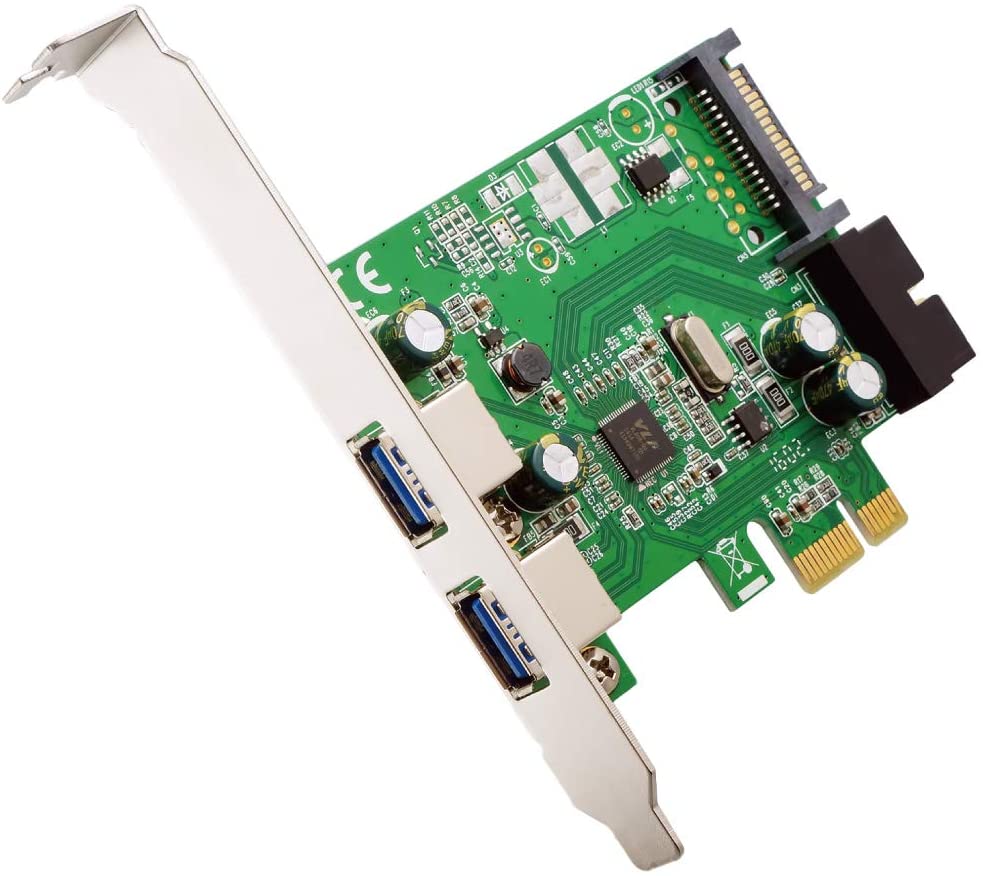 At this point, this is what I'd spent:

But there was still one problem. The video card was an absurdly cheap and nasty unit from the time when the PC was built - an Nvidia P361 GTS 240. It didn't have the brawn to support my 4k monitor, and it didn't have any compatible ports. This was fine when I bought the PC as Mari wasn't working and I could attach the old monitor to it. But with Mari now working with the monitor from our dining table, I was left without a way of doing things like editing my photos. 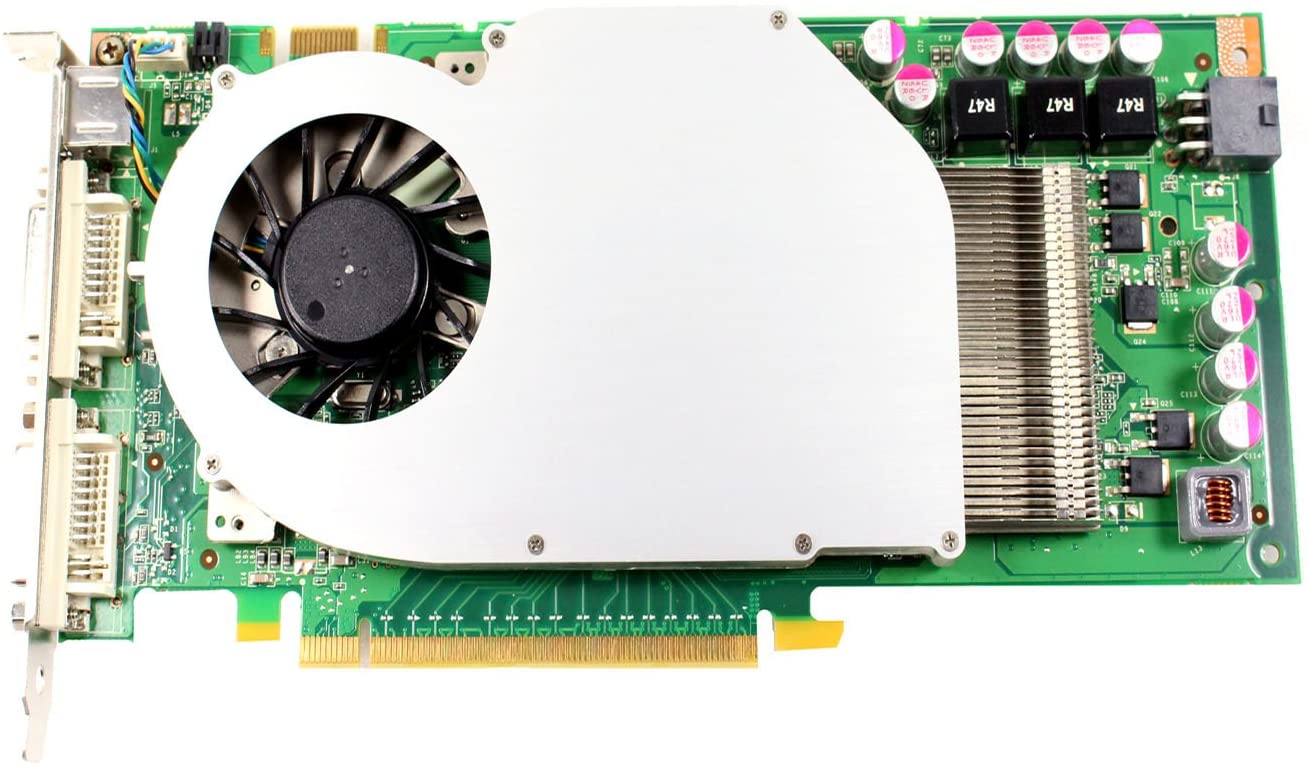 Enter the Zotac* GT 1030 GPU for about ¥12,500. What's interesting about this particular model is that it's compatible with the low-Wattage motherboards used in the old Dell and HP corporate PC's of yore. While abruptly increasing the expense of the PC by 60%, this allowed me to resume normal use of the antique PC with a modern monitor. It also eliminated the last noisy fan from the system, so it now runs quiet. 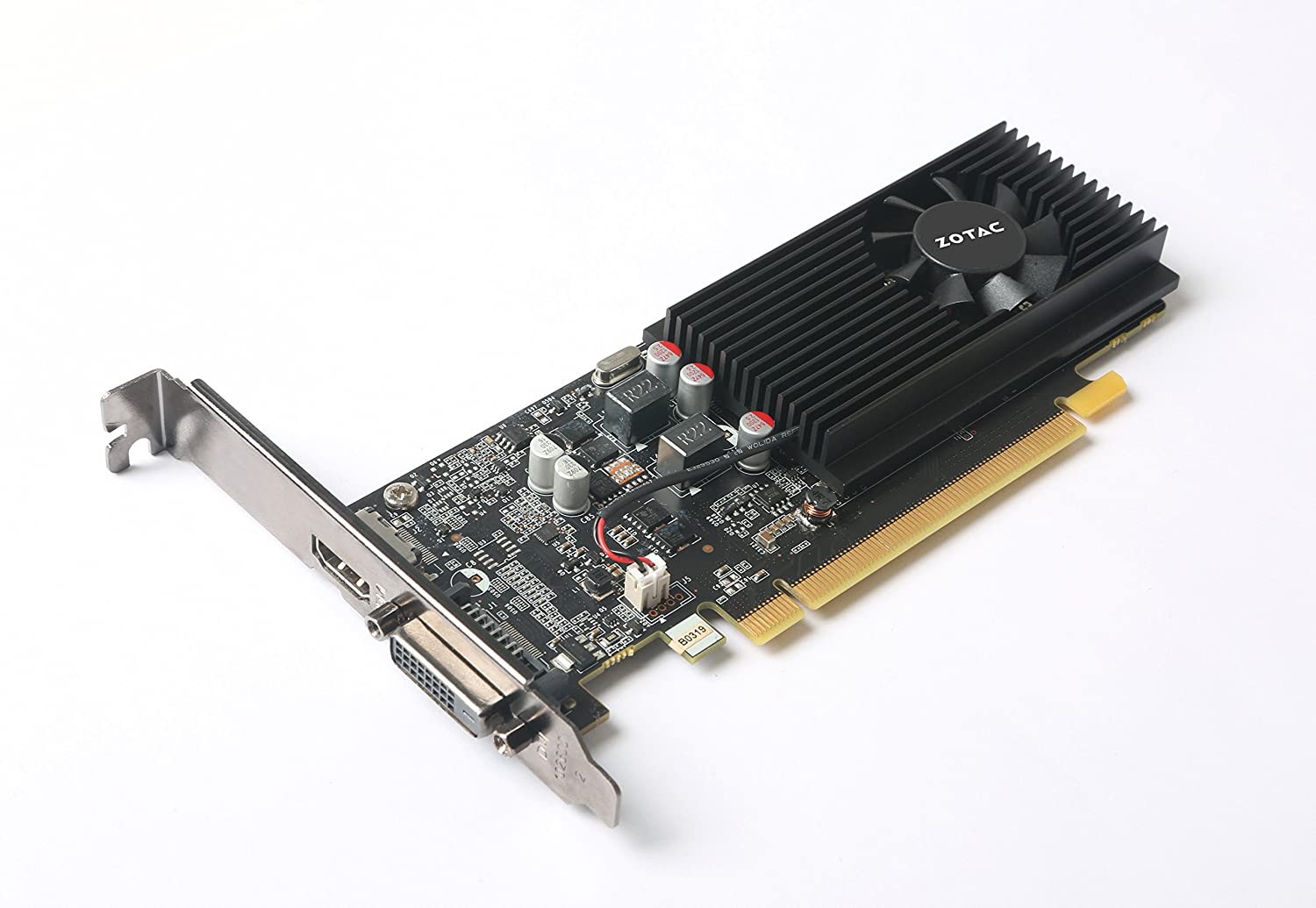 I'd like to point out three things about this card's physical design. First, note that when this card is inserted into the case, the heat sinks are well back from the edge of the case. This allows for access to the miniature (x4) PCIe slot immediately next to the the x16 occupied by the Zotac. This is very clever. Secondly; this design has a fan for active cooling. The fanless systems for passive cooling won't work as well in a cramped old systems case - in my opinion. And third, let's appreciate the end of the function over form days that ended at some point over the twenty-teens. Compare the overall design of the two video cards above; the difference is unreal - we don't even call them 'video cards' anymore.

The system isn't ideal for running photo editing software, but that software does support video card and I'm getting by. I don't take thousands of photos of month, or I suspect things would be different. But for ¥31,000 (about $375) for an i7 system that supports all my peripherals, I'm happy.

Please note that none of the links in this article are affiliate links, I do not get compensated for "promoting" them on this super-high-volume website.

*What a name. I later realized that this was the same brand as the video card we'd bought for my son's gaming PC a couple of months prior. I guess we're a "Zotac" household.

Death comes quickly to those with a cause.