The quoth ravens of Sppang are a merry lot, often in a tricky mood. Found in cooler climes, higher elevations, or high in the sky, these meter-tall birds readily approach humans and stir things up. It’s not that they’re bad, they just can’t help but dismantle things when needed.

A group of adventurers that meets a quoth raven will have a steady companion until the raven loses interest. But losing interest is not something ravens do lightly. They like to offer advice when they find humans laboring but do not themselves labor. They’ll watch humans at war but will themselves not fight. And my oh my, when humans are talking will these ravens ever take part. 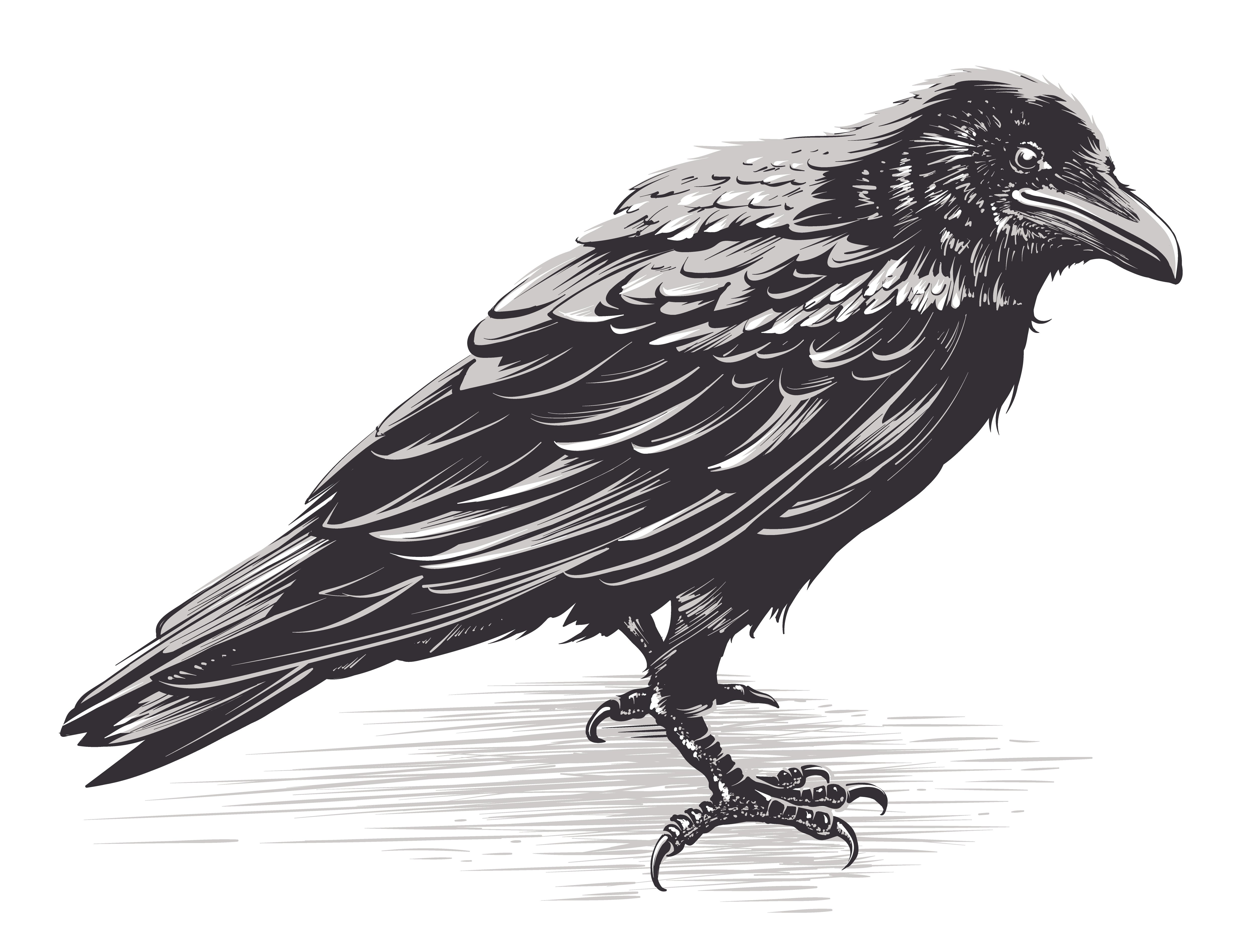 Aside from being pests, quoth ravens are mischief makers rivaled only by the ychnurc frogs and the fire salamanders. They love nothing more than to set up pranks and fly away when the trouble starts.

Quoth ravens have keen insight and are very difficult to fool, surprise, or attack undetected. Combined with their keen sense of self-preservation, this makes the quoth raven hard to engage in combat. If left with no other option, they will attack with a bite (1d6+1) and two claw attack (1d4). Because these ravens use their agility and airborne nature to their advantage, they can target the eyes and throat of a humanoid adversary. With each successful blow, there is a 2 in 6 chance that the raven has blinded its opponent or opened the throat of its adversary.

Quoth ravens will not under any circumstances venture below ground or be employed in combat.

Quoth ravens can change form twice a day. They may take the form of a coyote or spider or equal size, choosing the former in dryer, open climes and the latter in jungles and forests. In these alternate forms they can, of course, talk.

A goal without a plan is just a wish.