I made a custom toy train for my son; sort of.

My son had three "Thomas" trains that were identical. Two had a nasty face on them ("Misty Island" Thomas), and really he didn't need three.

So I decided to make a special train for him as follows:

My son loves it, and plays with it all the time. The grey paint is some sort of water-soluble stuff so I've been thinking about adding a layer of glossy stain but I'm not sure that it would work out. 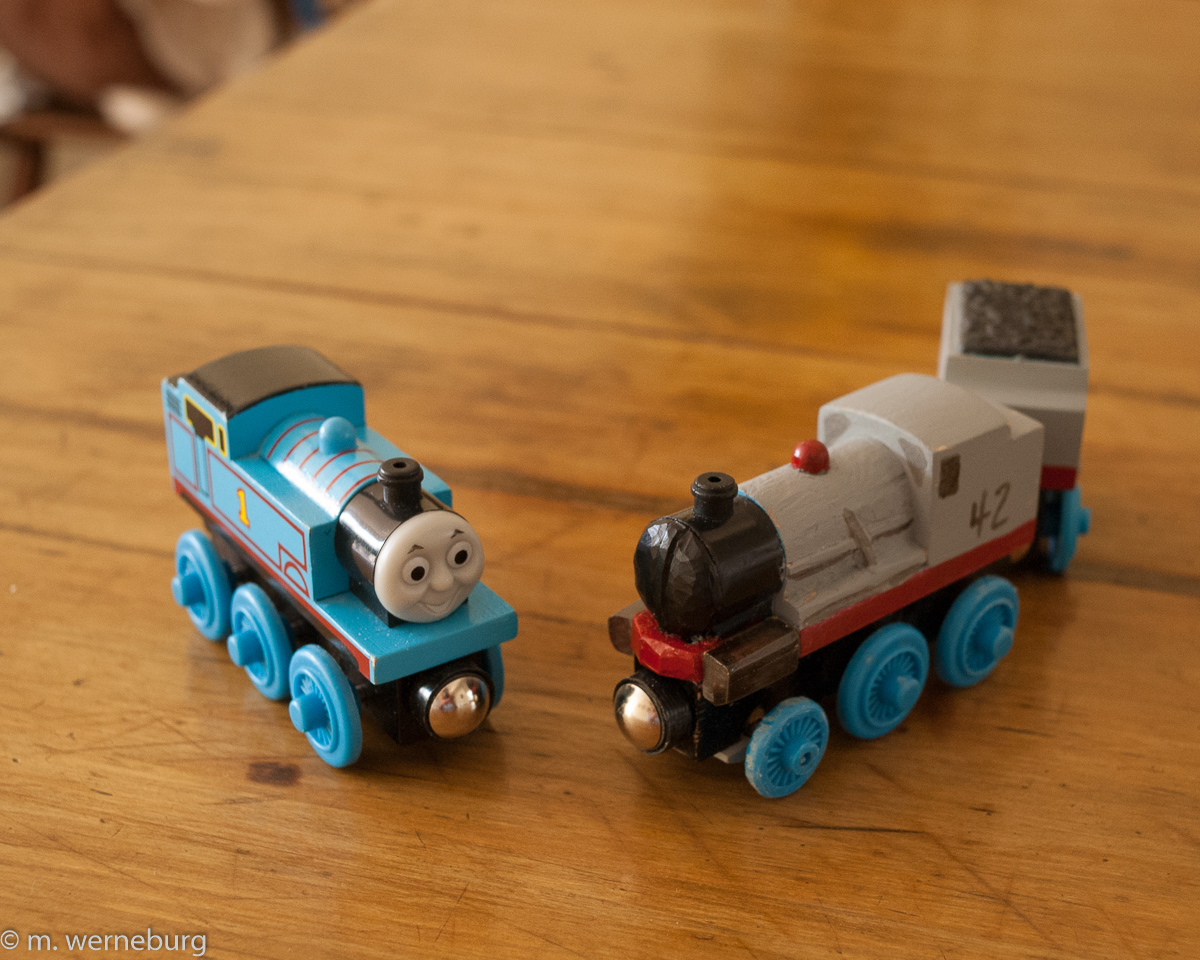 Front view - a custom train for the Thomas series 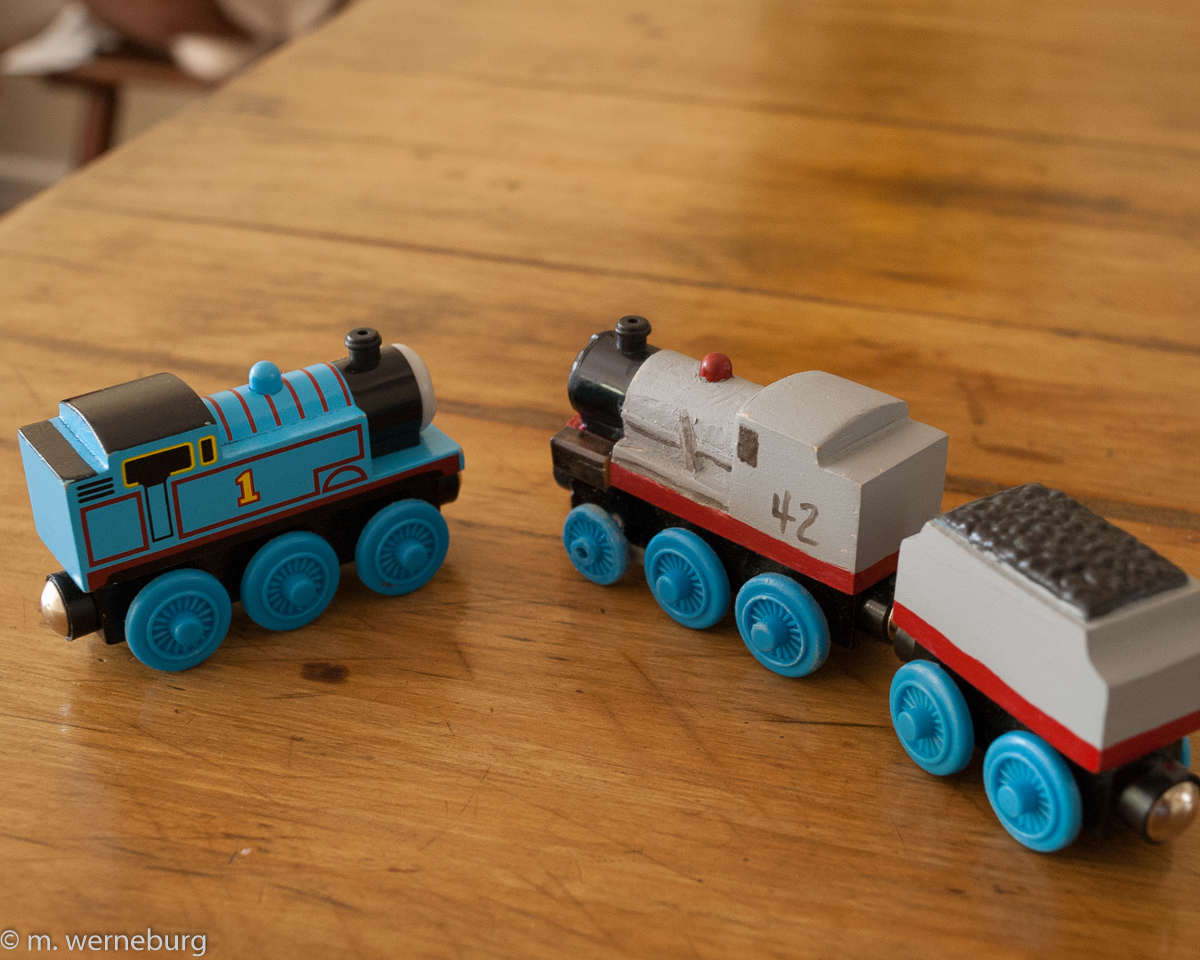 Rear view - a custom train for the Thomas series

I'd tried all this once before, sanding down a spare "Percy" figure and repainting it. I'd thought that a glossy paint would be the way to go, but found it hard to manage. 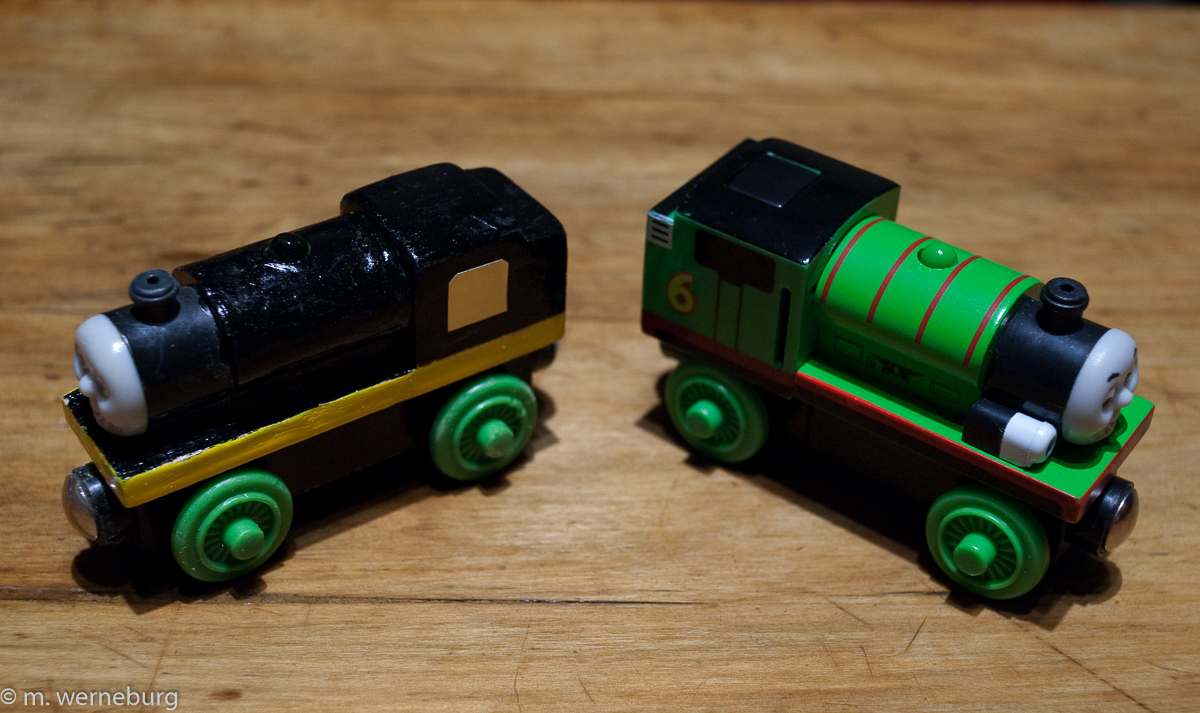 If it doesn’t work, it isn’t a failure. It’s data.